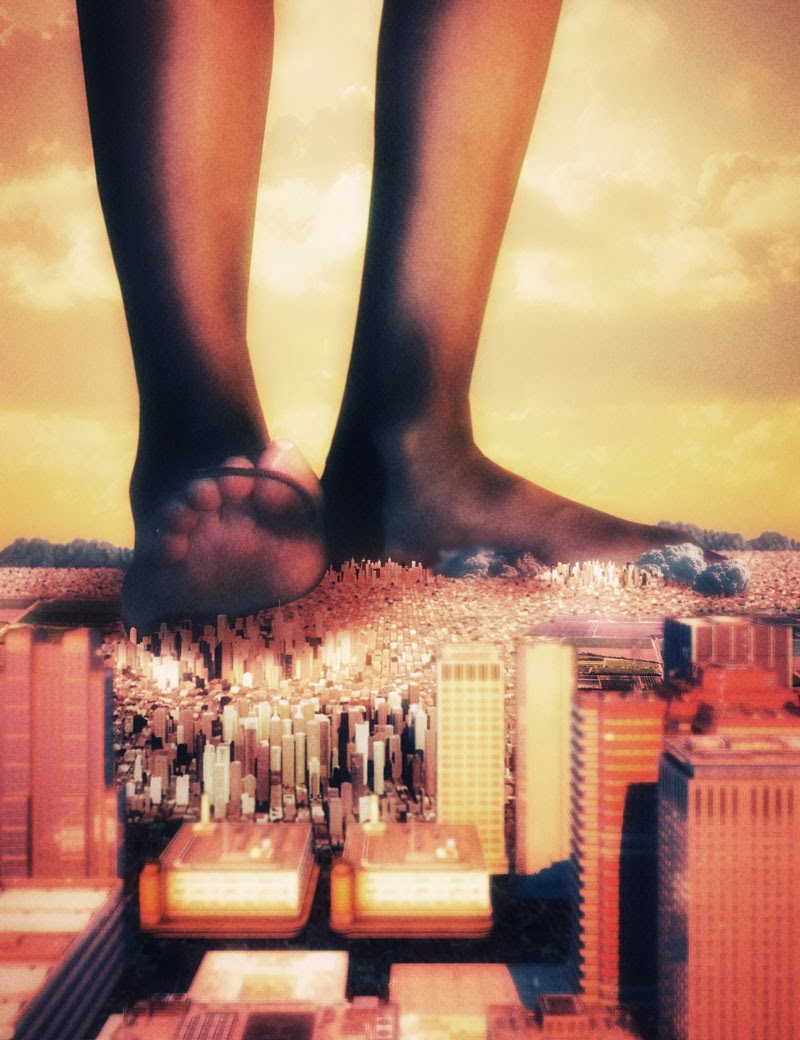 Diane, truth be told, didn’t have to do much around the company she owned. She was a master at delegation. But still, “heavy is the head that wears the crown.”
She looked at all of her employees as servants in her court, and she was the queen. That was on a day she was charitable. She really viewed herself as a goddess, and them as her worshippers. Servants who worshipped her in a way she liked, often were rewarded, or at least not punished. That is, if she were in a fair mood.
She delighted in making examples of her “worshippers” just because she could. She loved humiliating her employees in any way she could. She wore heels to accentuate her already towering six-foot-tall figure. As tall as her heels reached, she wore a shorter hemline. Her amazing legs stretched and rippled with soft, but firm feminine muscle as she casually strode around her domain.
Her top ranking officers were other females, often also amazons. And as she liked hiring tall women, she loved hiring short men for the middle management and lower positions. Some of the poor guys barely came up to her large chest. She smiled at the thought, also reflecting on the fact her shoulder-length, brunette hairstyle cost more than they made in a month.
As much as she enjoyed her station, it was still hard work making sure all the people paid tribute to her, and kept the money coming in. Exploiting workers made her tingle. She loved dominating them, but even a goddess needs a break.
She headed to her favorite spot to relax.

Much of her company’s fortune came from scientific development. That scientific development was broken down into two main parts:
Gadgets to make tiny-minded consumers froth with lust.
And military applications.
She made no bones about the fact it was not in her best interest to benefit mankind, but destroying and exploiting mankind definitely benefited her.
She stood up from her mahogany desk in her well-appointed office. She pulled down her impossibly short skirt and tugged up her black stockings. She loved when a peek of garter was visible as she walked.
She propelled herself toward her door that was on the far side of her office, which was bigger than many of her employee’s whole apartments.
She loved the clicks her designer pumps made on the floor, whether it was the staccato, gun-blast report on her marble office tile, or the THUD they made on the carpeted hallways, or the ground shaking rumble they made as she walked around in her favorite place. Those patent-leather pumps cost more than many of her employee’s cars. As comfy as they were, she couldn’t wait to take them off and feel the cool air on her stocking-clad feet. Her long toes wiggled in anticipation at the thought. She felt the light sweat between her toes and smiled thinking about how soon, “that would be their problem.” The supple leather of her pump stretch like a second, sensual skin as she flexed her toes.
Right before she reached the door, she grabbed a powerful magnifying glass she had custom made out of a drawer under an ancient vase adorned with images of the goddess who was her name sake, Diana. She reached her hand toward the vase, as she pretended to grab one of the images of Diana. It looked as if the goddess fit in her hand.
All powerful, she thought. I could destroy your whole world. She contemplated dashing the vase to the floor, heedless of the six-figure price tag, to demonstrate she could destroy the world of this tiny goddess. That was symbolic. She hungered for the real thing. She rubbed her long thighs together to squeeze her pussy in an attempt to bide her most sensitive area’s anticipation.
She turned to walk out the door of her office, an almost imperceptible wobble in her stride, the product of her lust.
“Only call if it’s urgent, Lisa. I need to unwind.” She let the word “unwind” roll past her lips in a breathy, husky sigh.
Diane tapped the side of her magnifying glass on her ruby-red lips and wiggled her eyebrows suggestively at her secretary.
Lisa smiled and nodded.
“A solo adventure this time, Lisa. But finish your data entry, and you might get a little reward. And, track down what’s taking so long on the quantum matter dislocator app. They’re on thin ice. I’m likely to eat their department alive!”


Lisa’s smile slid into a toothy grin as she jotted on a pad of paper.
Posted by Jackie Smalls at 4:23 PM